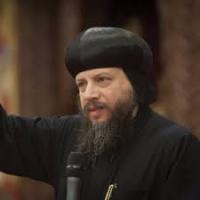 Listening to the call of the Lord Jesus Christ, His Grace Bishop Youssef entered the monastic life in 1986 at the El-Souryan Monastery. He was ordained into the priesthood in 1988. Then in 1989, he came to the United States under the auspices of His Holiness Pope Shenouda III, the 117th Pope of the Holy See of St. Mark. He was appointed resident priest to serve the Coptic congregation of St. Mary Church in Dallas/Fort Worth.

Sermons Not In A Series

"Understanding Transgenderism from a Christian Perspective"

"How to Face Criticism"

"A Turning Point in History"

"From Humbleness to Greatness"

"A Christian Understanding of Sexuality" - Lecture 2

"Renewal by the Holy Spirit"

"Four Sins Against The Holy Spirit"

"I AM The Living Water"

"Death in Adam, Life in Christ"

"The Power of Resurrection"

"Reflections on the Holy Great Fast"

"Samaritan Woman/God is Searching For You"

"Fellowship within Our Church" - Lecture 2

"Christians Are Blessed & A Blessing"

"God Came to Save Sinners"

"In the Footsteps of Moses the Archprophet"

"An Acceptable Year of the Lord"

"Abide in His Truth"

"A Message of Hope"

"Strive for the Prize"

"The Virtue of Wisdom"

"Sins against the Holy Spirit"

Homily on the Feast of Pentecost

"The Light of the World"

"The Bread of Life"

"~Reflections on the Resurrection"

"Enlightened by the Gospel"

"Enlightened by the Truth"

"From Will to Action"

"The Bread from Heaven"

"Heaven on Earth through the Church"

"The Word of God in Our Lives"

"Christ is the Door"

"Running to or from God"